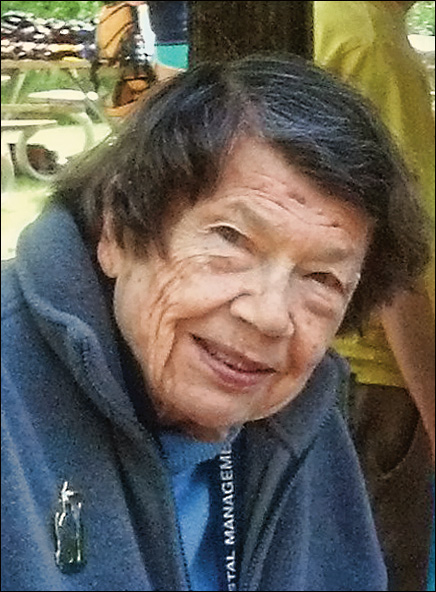 Edith Chase was an award-winning scientist, activist, and public official, who lived in Franklin Township, near Kent, Ohio, for a very long time. In 2014, at age 90, Edith retired to live near her daughter in Ithaca, New York. Edith died June 14, 2017.

Edith earned her Bachelor of Science degree in chemistry from Antioch College. She then returned to her family home in Minneapolis, and earned a Master of Science in chemistry at the University of Minnesota. Edith was employed as a chemist at Burk & Co. Pharmaceuticals in New Jersey, where she met and subsequently married Richard Chase. They moved to Franklin Township in 1958.

Recognized nationally, Edith Chase was a writer and editor of scientific papers published by the Hydrology Section of the United States Geological Survey, from 1979 to 1994. Recognized across Ohio, Edith was invited to become one of the founding members of the Coastal Resources Advisory Council when that Council was organized by the Ohio Department of Natural Resources in 1982, and served for several years as chair of that Council.

Acting locally, Edith was Franklin Township zoning inspector for fifteen years. In that office, in 1989, she created one of the first hydrology studies of the effects of oil drilling on groundwater and devised a method for monitoring well hydrology that was used by local governments until the Ohio General Assembly restricted that authority to the ODNR in 2004.